The foggy Holy Mountain of Montserrat

If you visit Catalonia, a must see is the Holy Mountain of Montserrat. The mountain that mesmerised the Nazis who thought it kept the holy grail, gives name to a island-country in the Caribbean and attracts millions of visitors every year.

Unfortunately when I visited it in Oct '15 it was surrounded by fog.

Though the holy mountain had already been a religious site in Roman times, when there was a Venus Temple, it's modern history begins around AD 880 when some shepherd-kids found an old statue of the Virgin Mary in one of its caves. 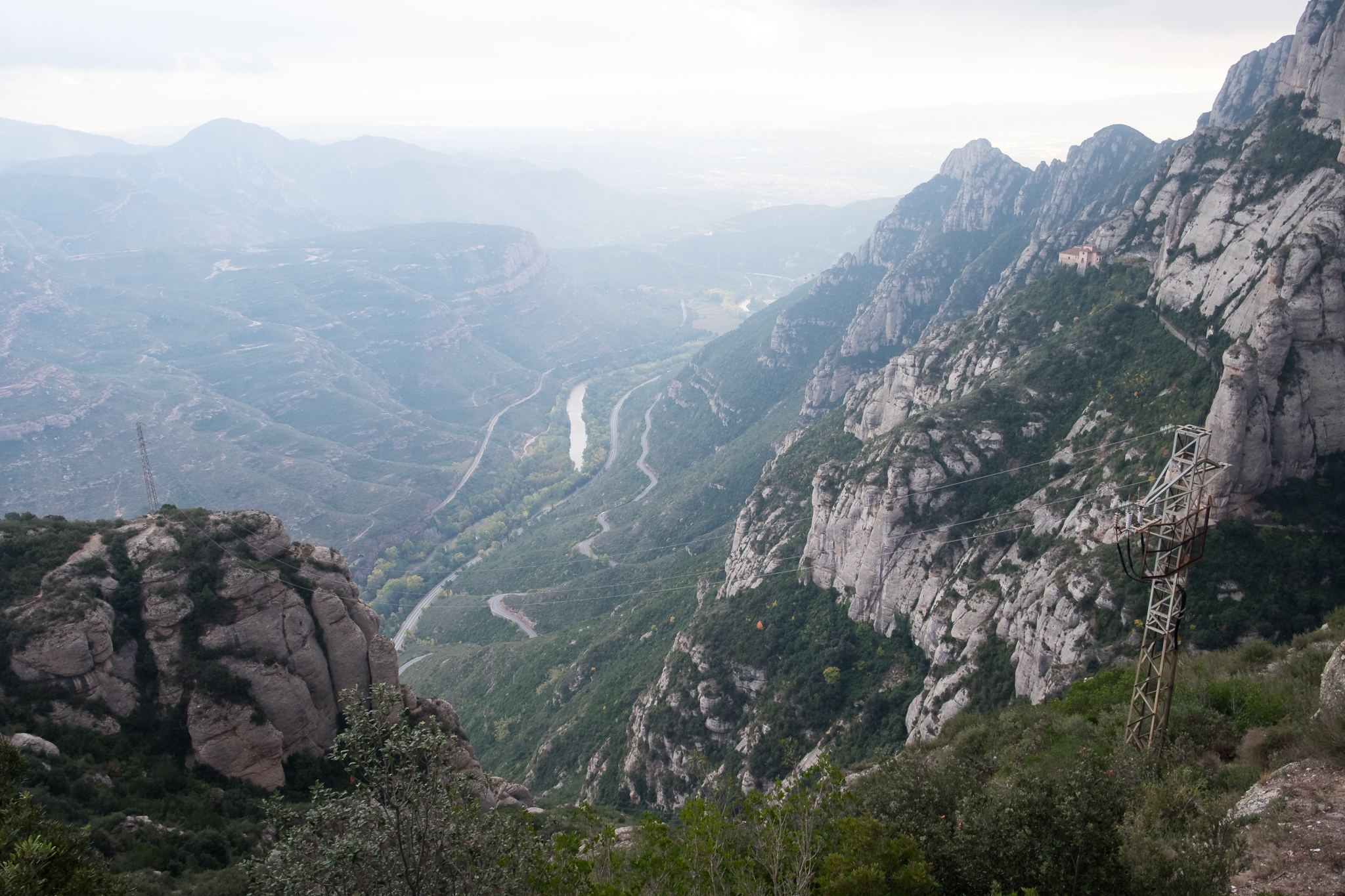 The local bishop wanted to move the statue to the nearby city of Manresa. But seems that was so heavy that finally it was decided to leave it in the mountain (the official version says that the weight was a sign of the Virgin's own will).

First a little shrine was build to honour the sculpture, later it was turned into a full fledged monastery that attracts millions of pilgrims from all around the World since Medieval times.

The statue that presides nowadays the basilica it's a Romanesque in wood that dates from the 12th century. It's characteristic dark skin gives it's nickname, la Moreneta (in Catalan, the little dark-skinned one). 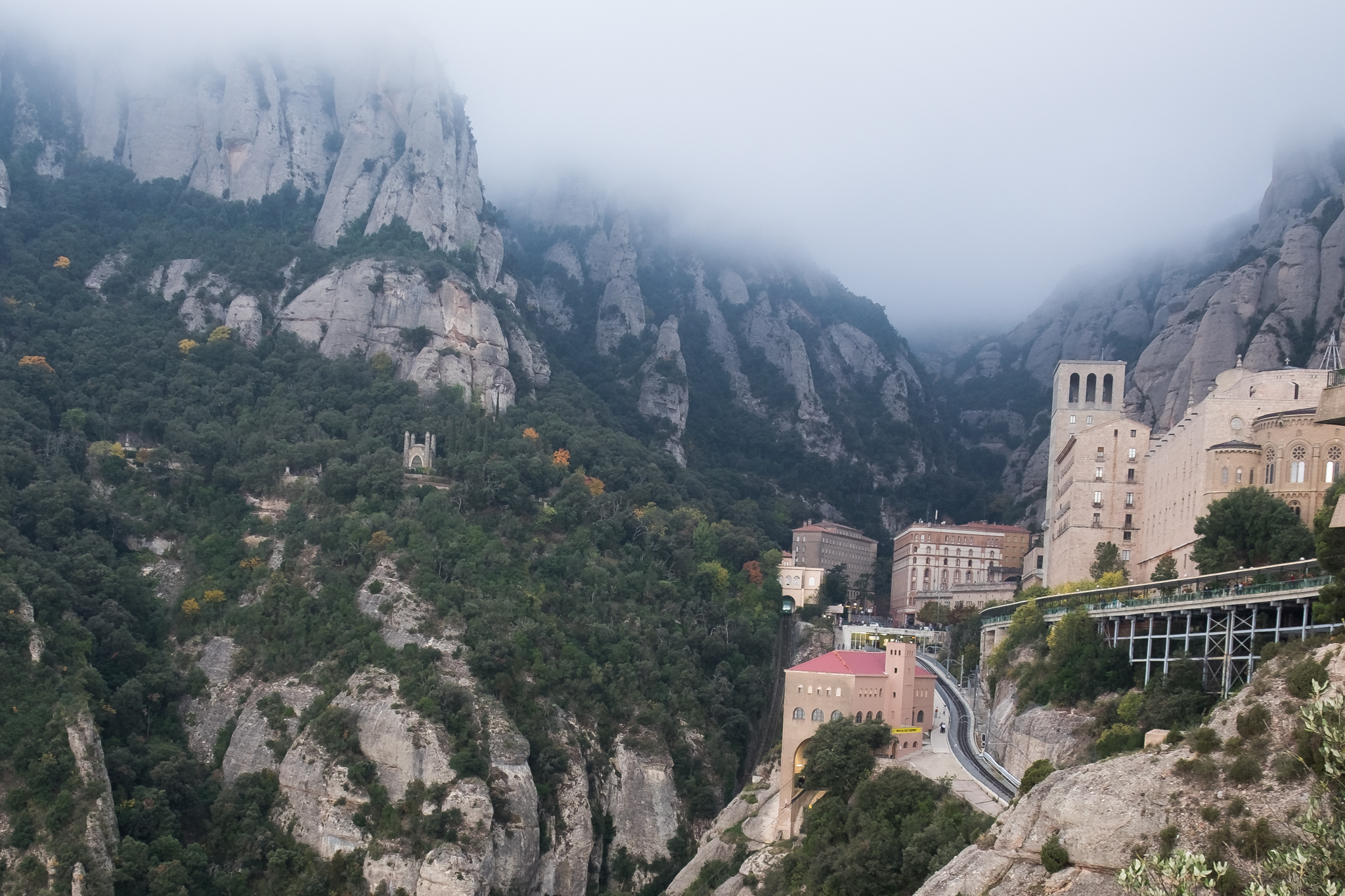 The Virgin of Montserrat is nowadays one of the two Patron Saints of Catalonia honor that shares with Sant Jordi (Saint George). And thousands of women are given it's name.

Nowadays it's also known for the Benedictine Abbey's children choir and singing-boarding school, l'Escolania (the most famous in Catalonia and one of the oldest in Europe). The choir sings daily in the Basilica and they have toured around the World a few times.

In addition a good amount of tasteful food is made there, from cakes to chocolates and other candy. Yummy! 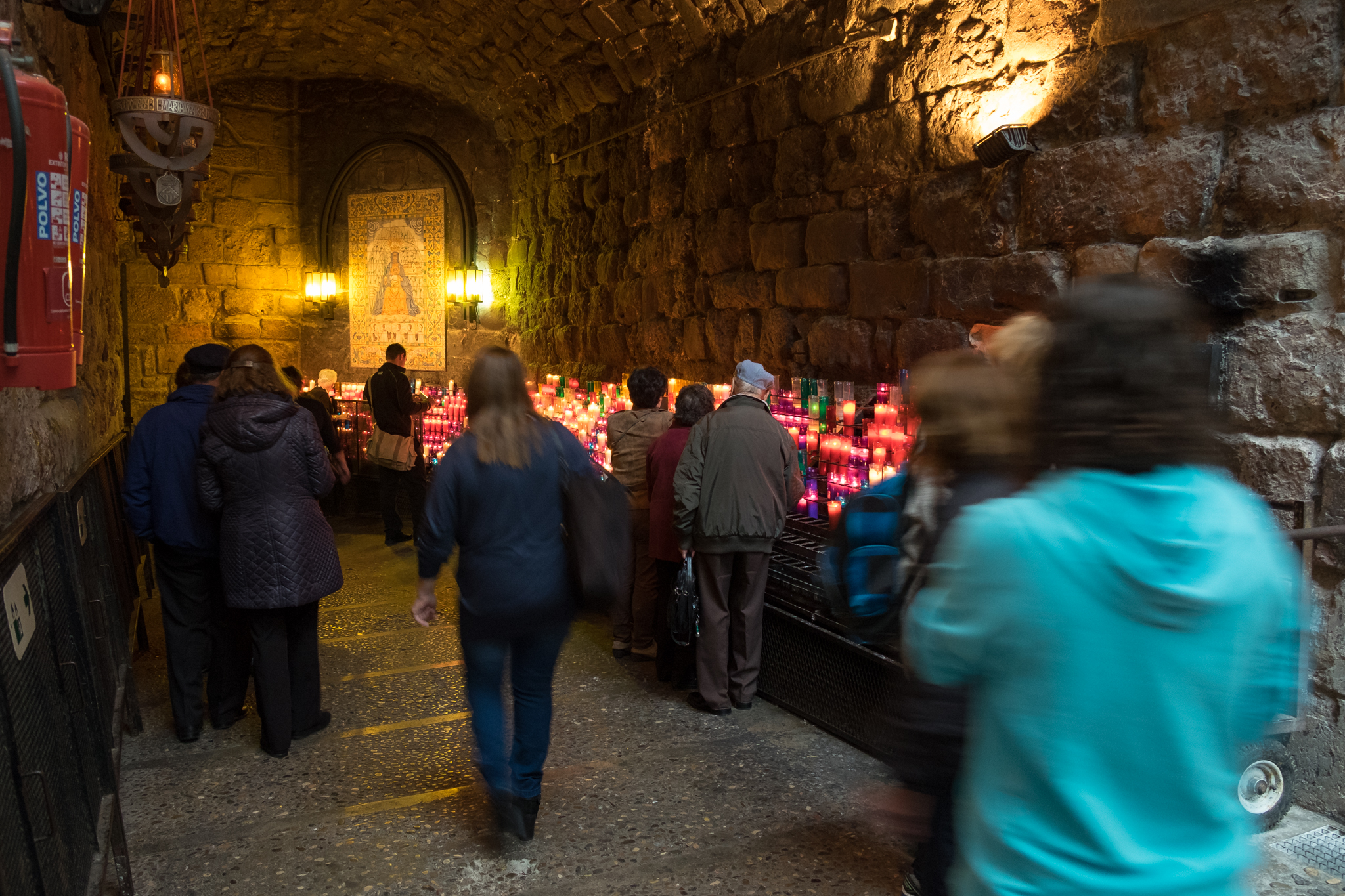 Finally remark that Montserrat it's also popular for climbers world-wide, one of the mountain's most important peaks, Cavall Bernat (a really beautiful name IMO) is 1,111 meters or 3,645 feet height. ♠

References:
Official website of the Abbey of Montserrat
Website of the children's choir
Article on the Nazis & the Holy Grail in Montserrat
Montserrat (Caribbean Island-Country)
Tags: montserrat, holy, mountain, catalonia,
×