What's up with Catalonia? 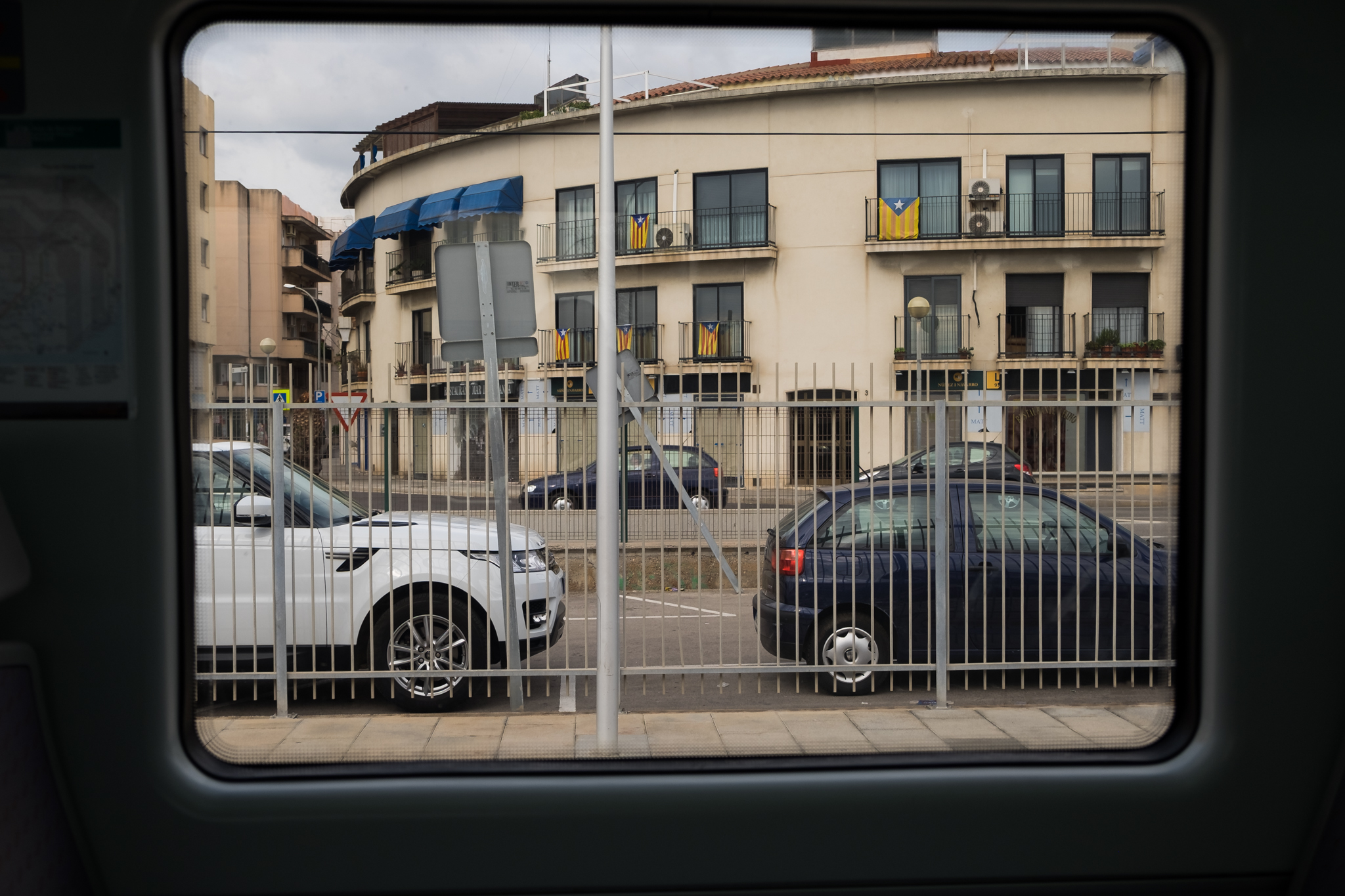 After reading for weeks the headlines of the top Spanish newspapers talking about extreme division, rebellion, terrorism, insurgency, coup d'état even comparing it to the first years of the Third Reich one may think that Catalonia is on it's way to become a war-torn country.

But anyone that walks in their peaceful and playful streets would certainly be puzzled by those claims. So what's up with Catalonia?

Well, I should probably explain first what Catalonia is.

Catalonia is a little but highly industrialized territory in Southern Europe. It has a population of about seven and a half million people with it's own singular and distinct language (Catalan), culture and history. Though most people knows it because of it's capital city, Barcelona, and it's soccer team. 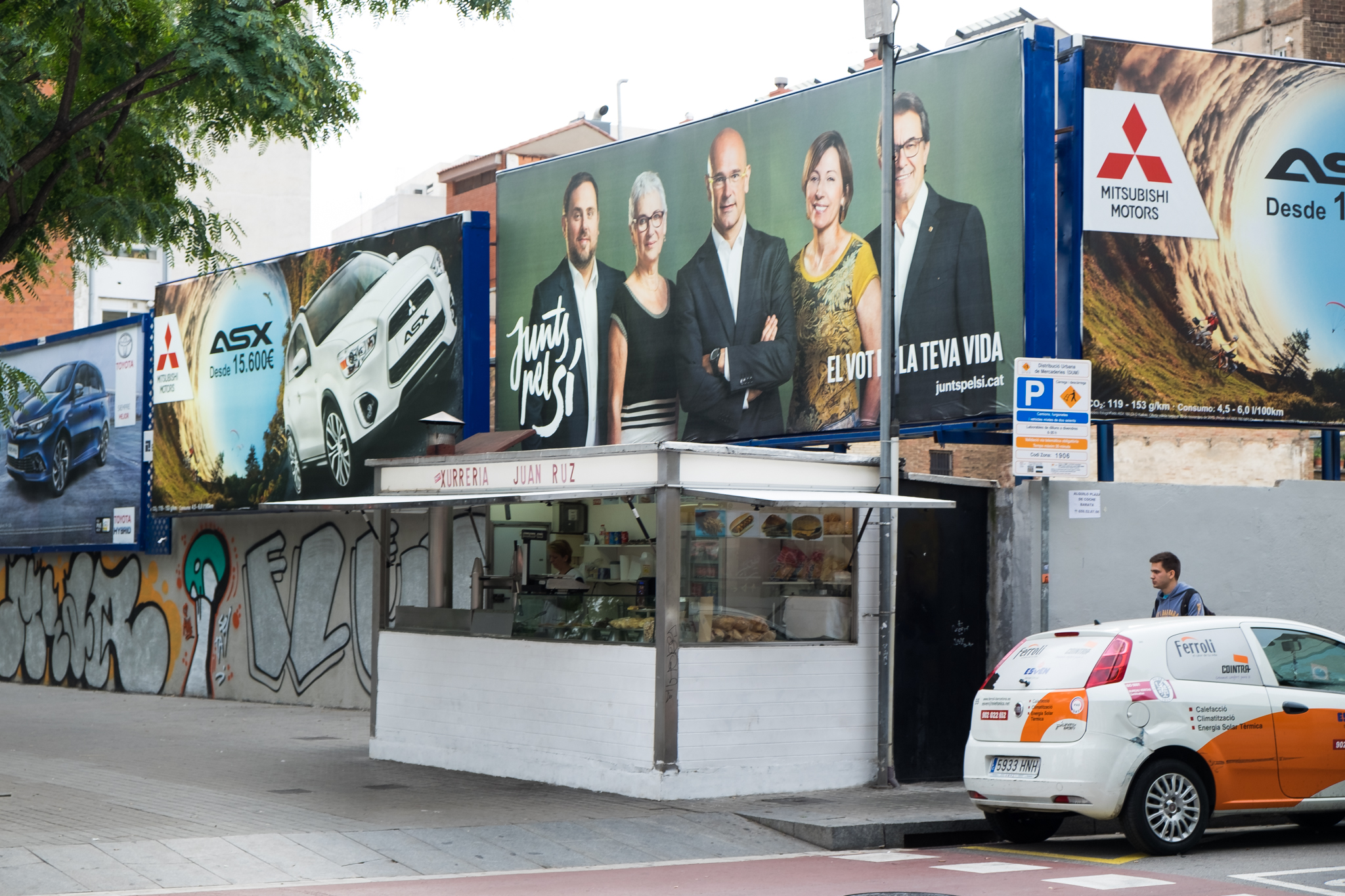 Junts pel Sí, the main pro-independence party, electoral wallpaper in a billboard above a xurro shop, in the Sants district of Barcelona.

Separatist feeling has been fueled by demands for greater recognition of Catalonia's cultural identity, repeatedly dismissed by the Spanish central state, and demands for a referendum.

As a Catalan expat, it's always exciting to visit my homeland. Specially in this politically intense moments. I try to keep myself informed of the events reading every day an array of different media to have a broad insight: my new-home local press, Catalan press, Spanish Press and main international press (NY Times, Washington Post, BBC, Financial Times, RIA Novosti, Le Monde, Liberation, etc.).

Interestingly enough, the Catalan press seems to be quite in consonance with the main international press. Defining the situation like a deeply peaceful and inclusive movement trying to achieve the independence through democratic means. A good example of that are the massive pro-independence demonstrations with hundreds of thousands campaigners (up to two million) where there was not even a single violent act. 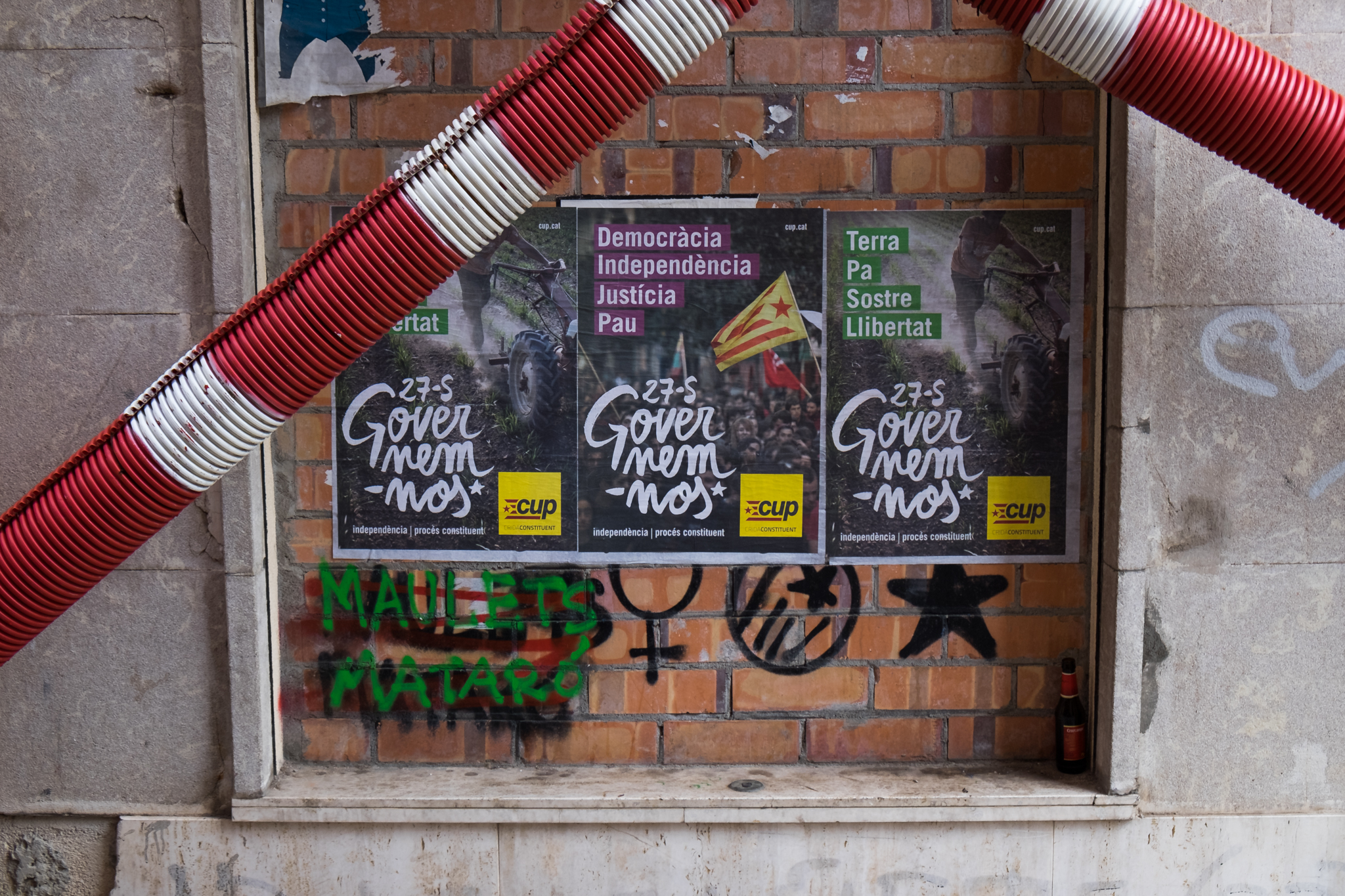 It's important to remark that the youngsters and the newcomers communities are two of the main pillars of the pro-independence movement.

On the other hand, Spanish press and the Spanish Governtment seem to obstinately depict an apocalyptic reality, trying to dehumanize the pro-independence campaigners comparing them with the Italian Mafia, terrorists, the Third Reich, and even trying to link their leaders with the Islamic State.

After the important victory of the pro-independence parties in the past 27th of September elections, where they won 72 of the 135 seats of the Catalan Parliament, the Spanish Government and media has intensified their opposition threating with suspending Catalonia's autonomy, sending the army and even jailing the Catalan President, the pro-independence lawmakers as well as anyone else who takes steps towards the achievement of a Catalan independent state. 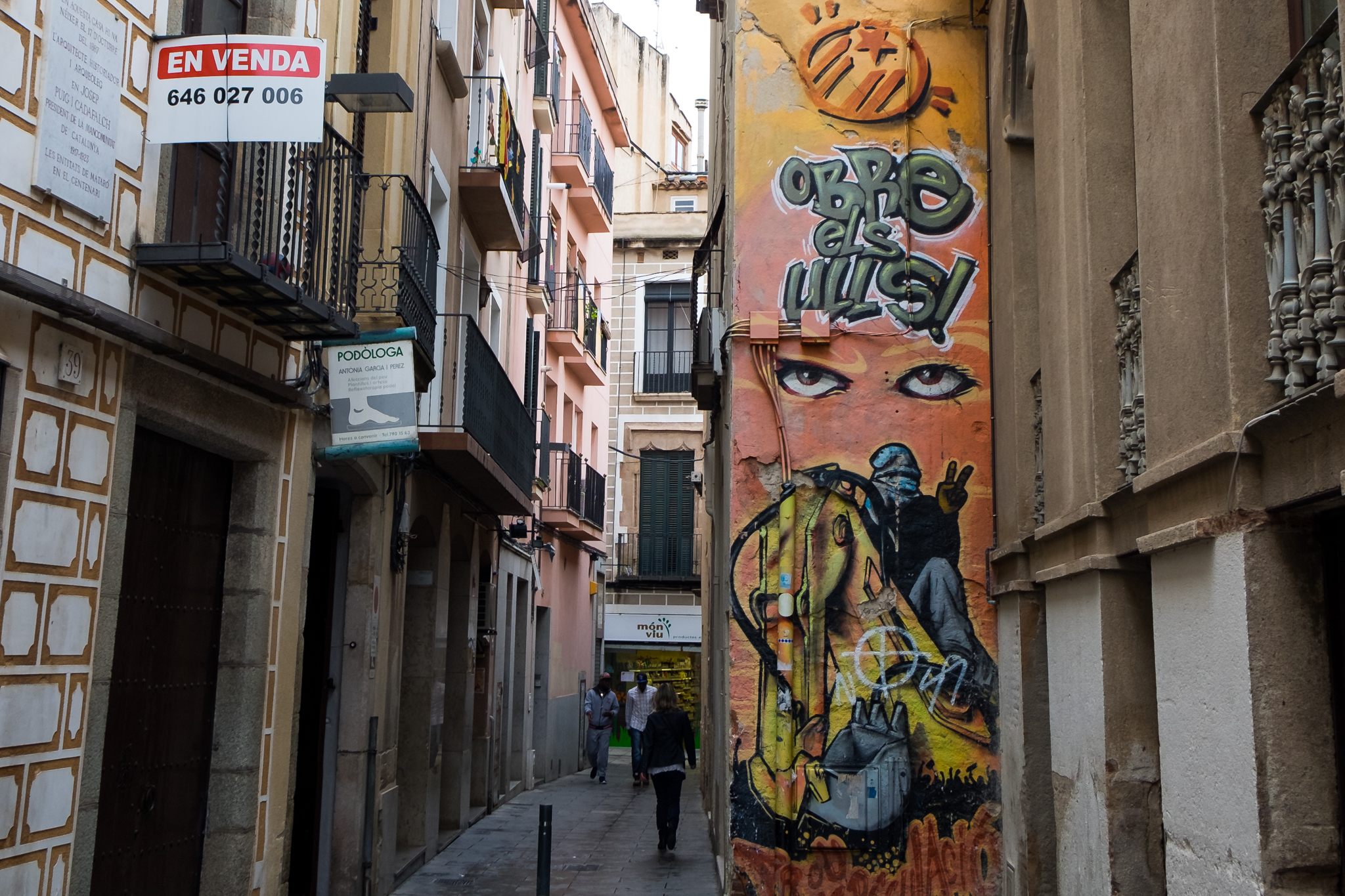 Having spent some days in Catalonia after that vote, seeing how peaceful the streets were, how locals socialize together without caring about their origins, mother tongue, political ideas or religious believes, I can only say that:

Something is rotten in the state of Spain if its central Government tries to fight and repress peaceful and democratic movements with courts, police and armed forces instead of political talks. ♠